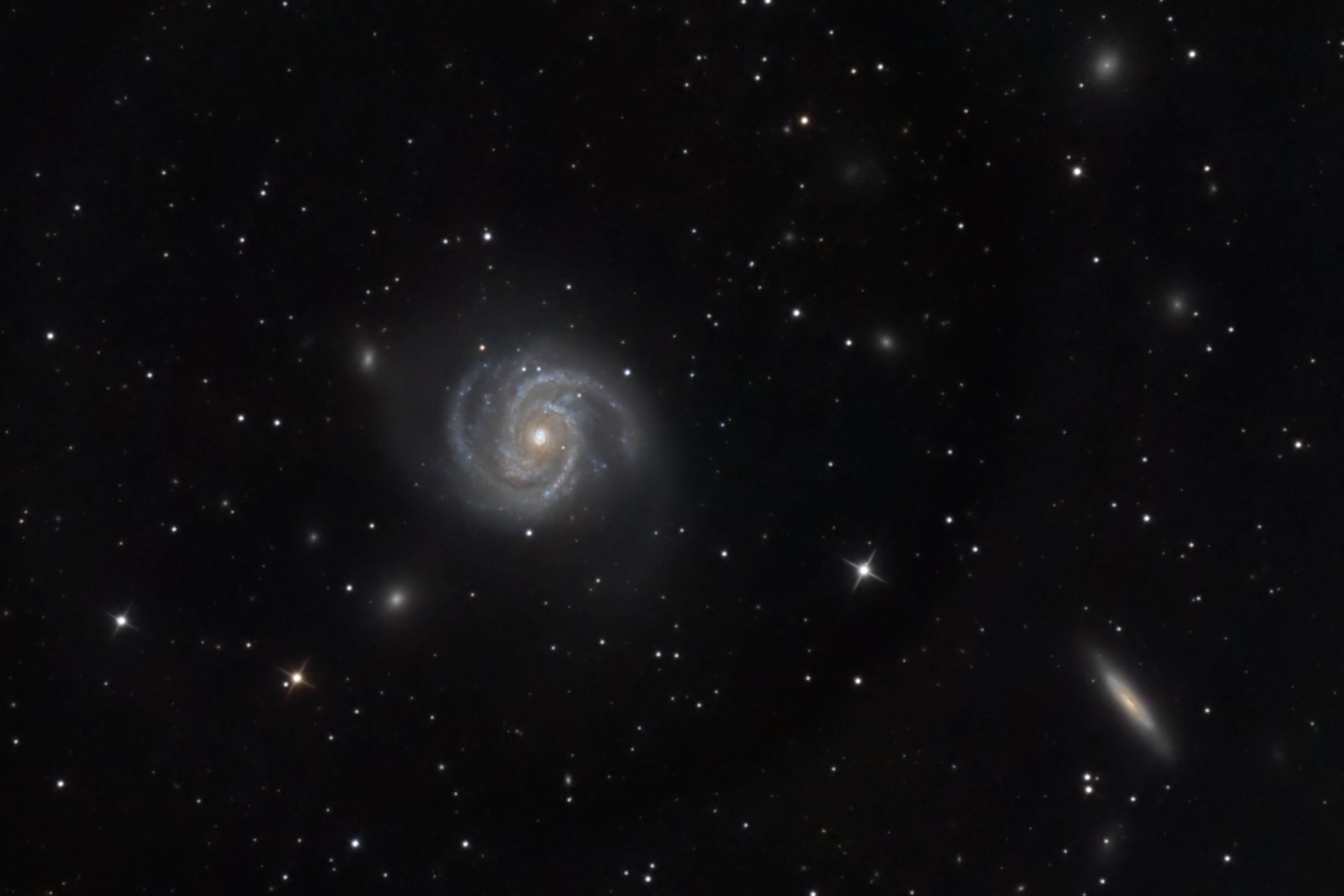 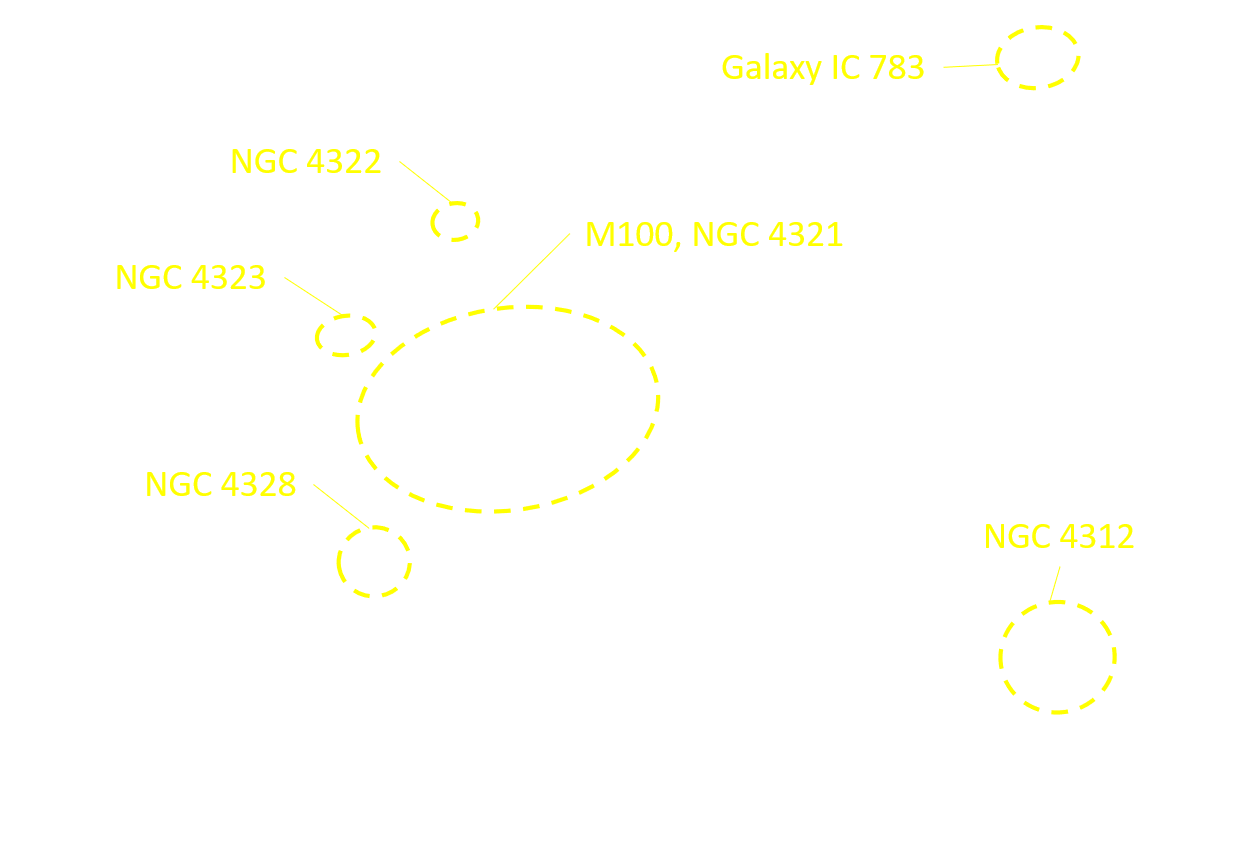 M100 (also NGC 4321) is a majestic face-on spiral galaxy with more than 100 billion stars. It is a rotating system of gas and stars, similar to our own galaxy, the Milky Way. M100 is one of the brightest members of the huge Virgo cluster of of an estimated 2,500 galaxies. The galaxy lies 56 million light-years away in the spring constellation Coma Berenices, near to the more recognizable Leo. M100 is a classic example of a grand design spiral galaxy, with prominent and well-defined spiral arms winding from the hot center, out to the cooler edges of the galaxy.

In the center, we can see a prominent ring of hot, bright dust surrounding the inner galactic core. Moving further out, the spiral arms peter out towards the edges of the galaxy, where thick webs of dust dominate. Beyond the edges of the dust clouds, a faint blue glow of stars extends to the edge of the galaxy's disk. Two small companion galaxies, known as NGC 4323 and NGC 4328, appear as fuzzy blobs on the left side of M100. These so-called lenticular galaxies are virtually clear of any dust, so they lack any of the red/blue glow seen in their bigger neighbor. The shape of M100 is probably being perturbed by the gravity of these galaxies. (Text adapted from NASA/JPL-Caltech)