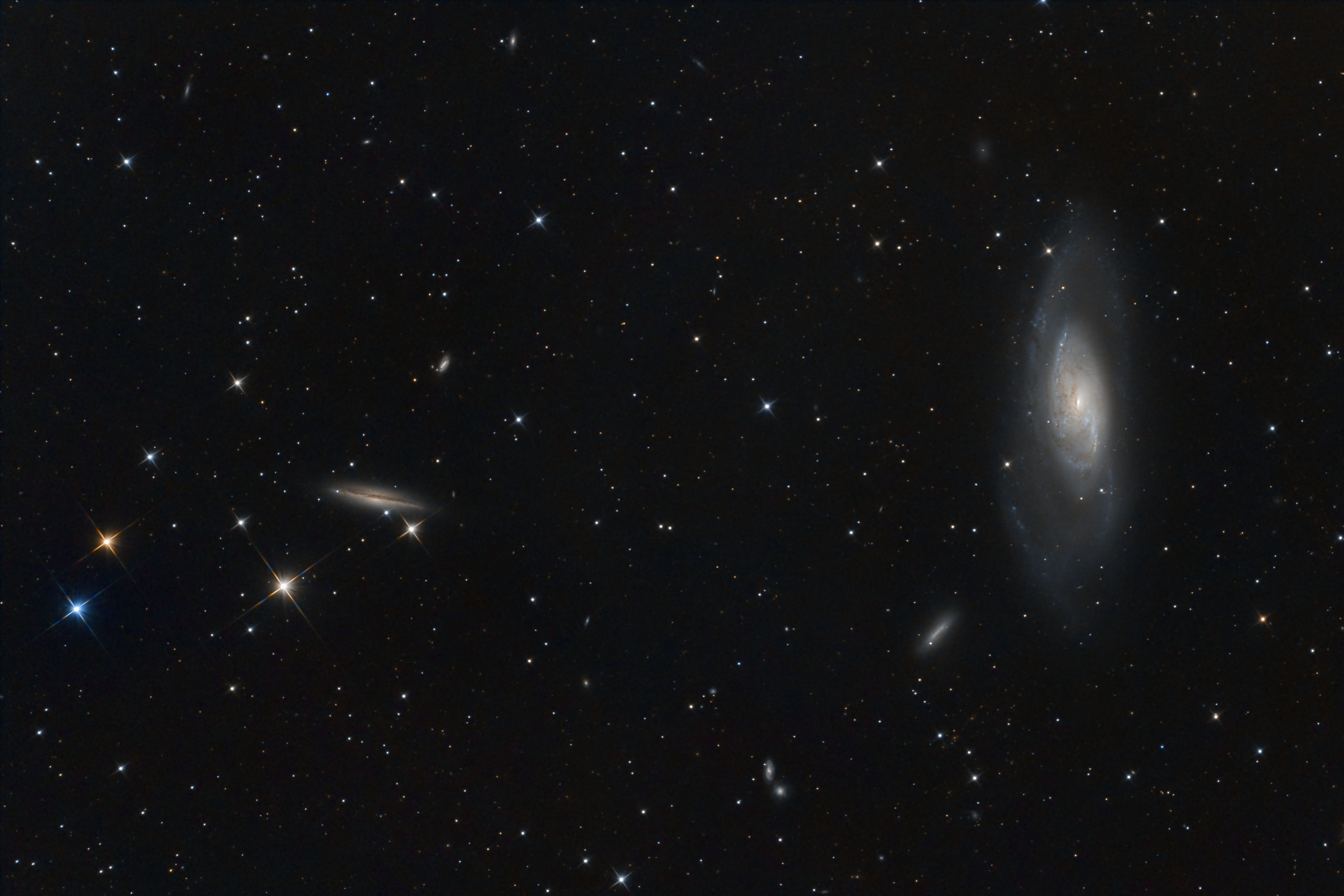 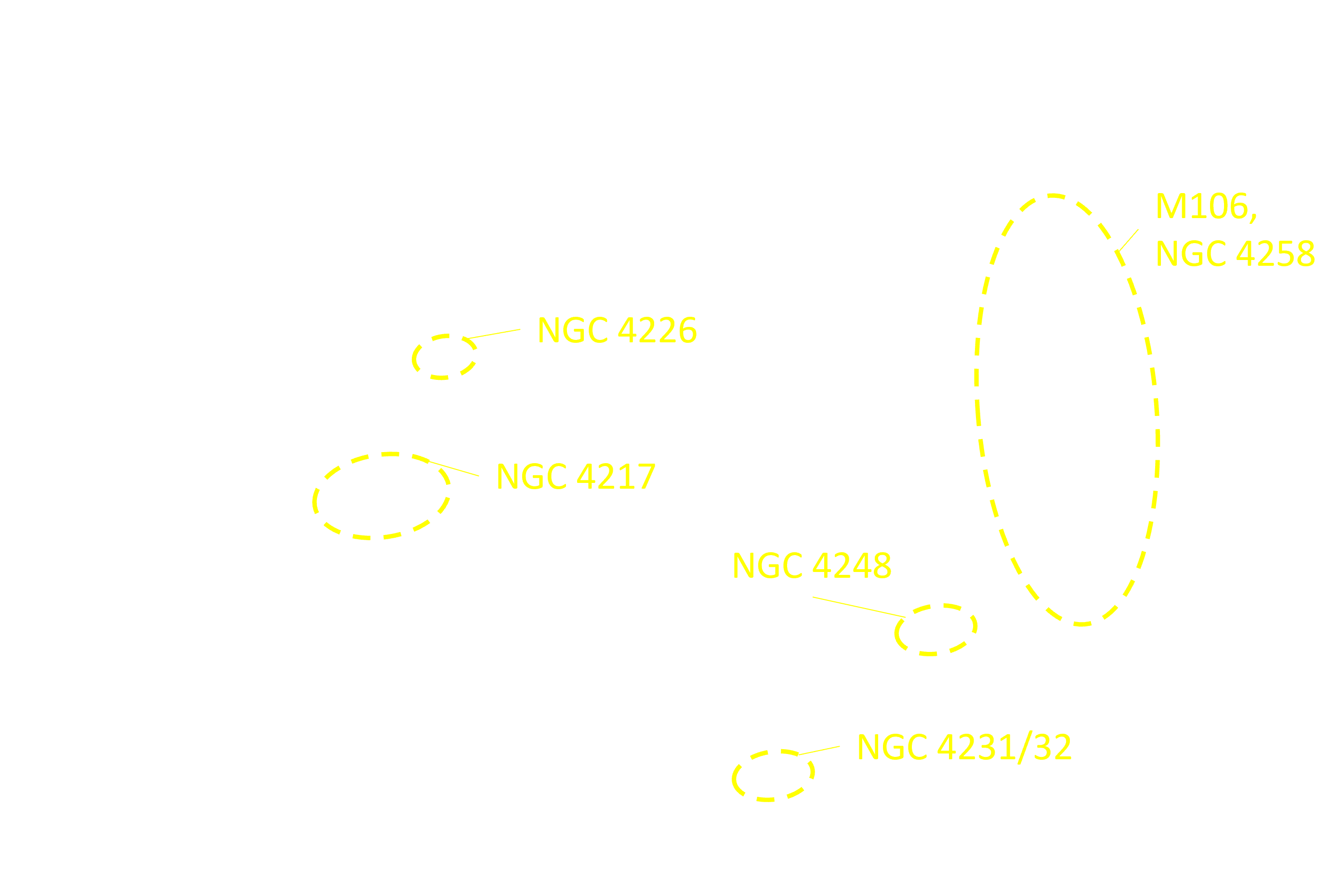 M106 or NGC 4258 is a spiral galaxy like the Milky Way. It was discovered by Charles Messier’s observing assistant, Pierre Méchain, in 1781. M106 is located 23 million light-years from Earth in the constellation Canes Venatici. Although a larger telescope is needed to resolve detail, M106 has a relatively bright apparent magnitude of 9.1 and can be spotted with a small telescope. The image above depicts the M106 and it's neighbours.

The M106 is famous for something that most spiral galaxies don't have — two extra spiral arms that glow in X-ray, optical, and radio light. These anomalous arms are not aligned with the plane of the galaxy, but instead intersect with it. Unlike the other arms, these two extra arms are made up of hot gas rather than stars. They appear to be an indirect result of the violent churning of matter around the supermassive black hole at the galaxy’s center. 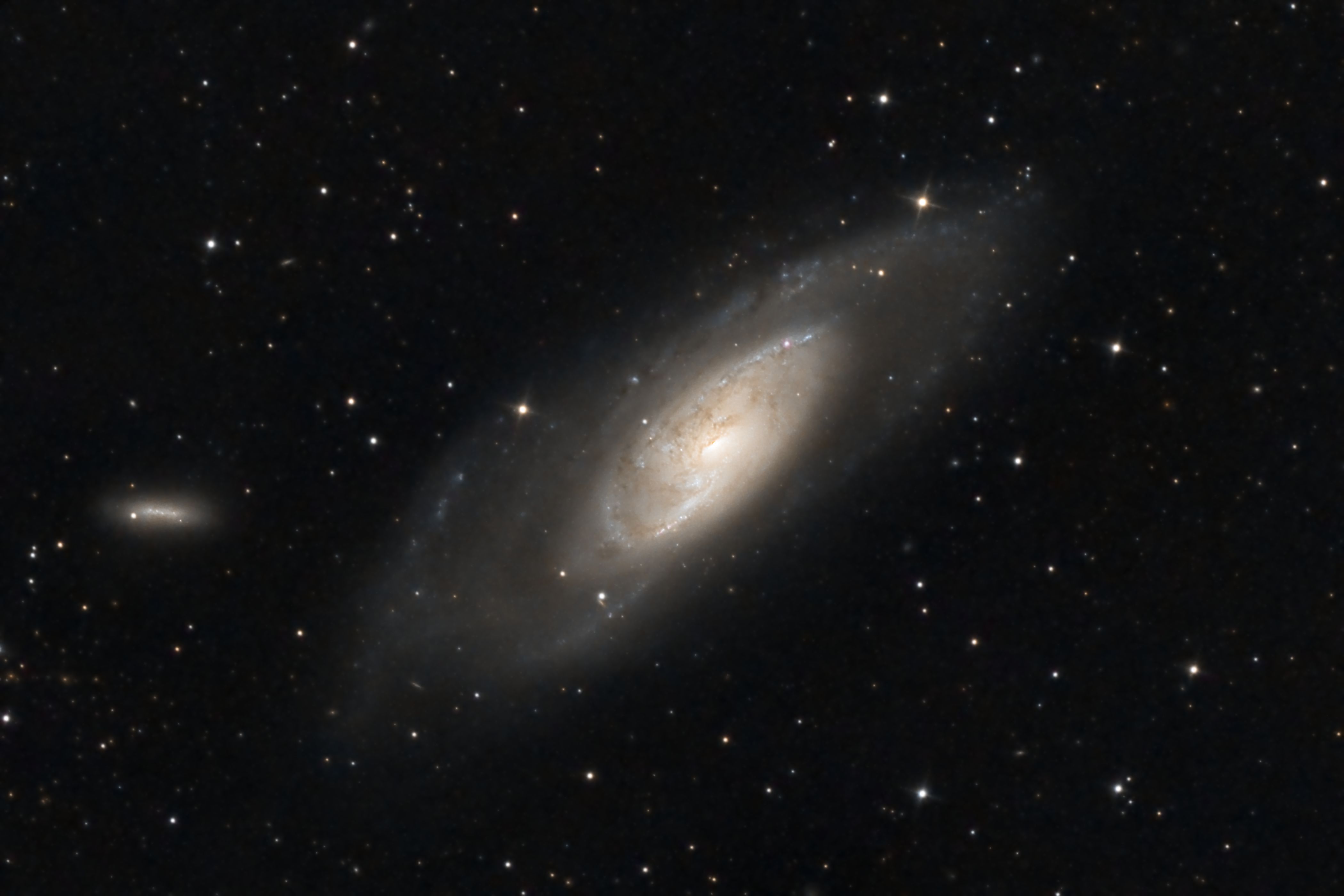 The image reveals one of the most striking features of M106: its extra pair of arms, seen here as faint wisps of gas.