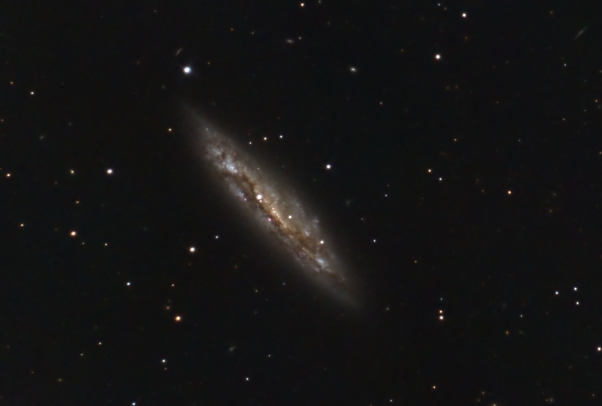 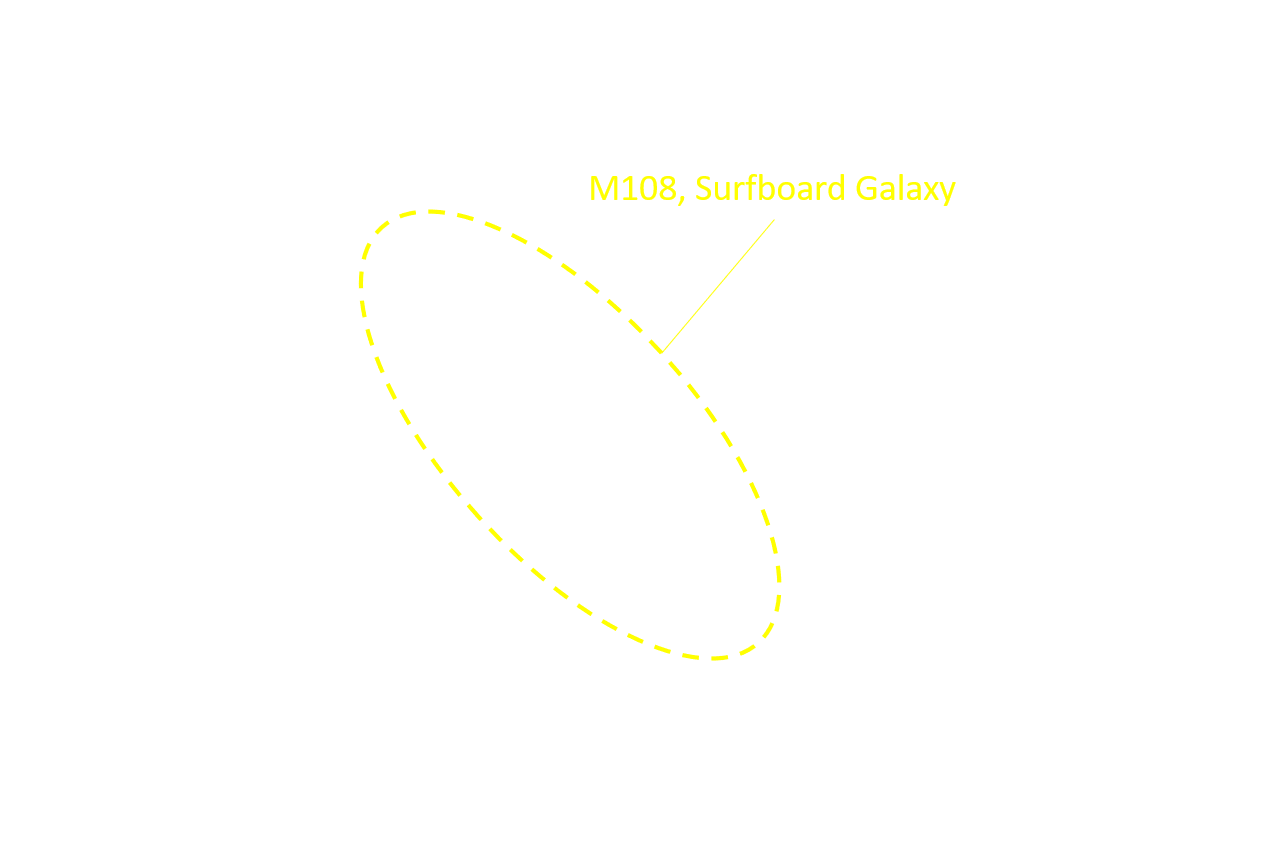 The Surfboard Galaxy, M108, is located in the constellation Ursa Major approximately 46 million light-years away. The galaxy is seen nearly edge-on with no apparent bulge or pronounced core. It is therefore called the Surfboard galaxy. The M108 is officially classified as a barred spiral galaxy with loosely wound spiral arms. At the center of M108 is a supermassive black hole estimated to be 24 million times as massive as the Sun.

M108 is one of the largest and brightest members of the Ursa Major cluster. The best observatory time of the Surfboard Galaxy is in April, but it can be seen throughout the year for those in the Northern Hemisphere.