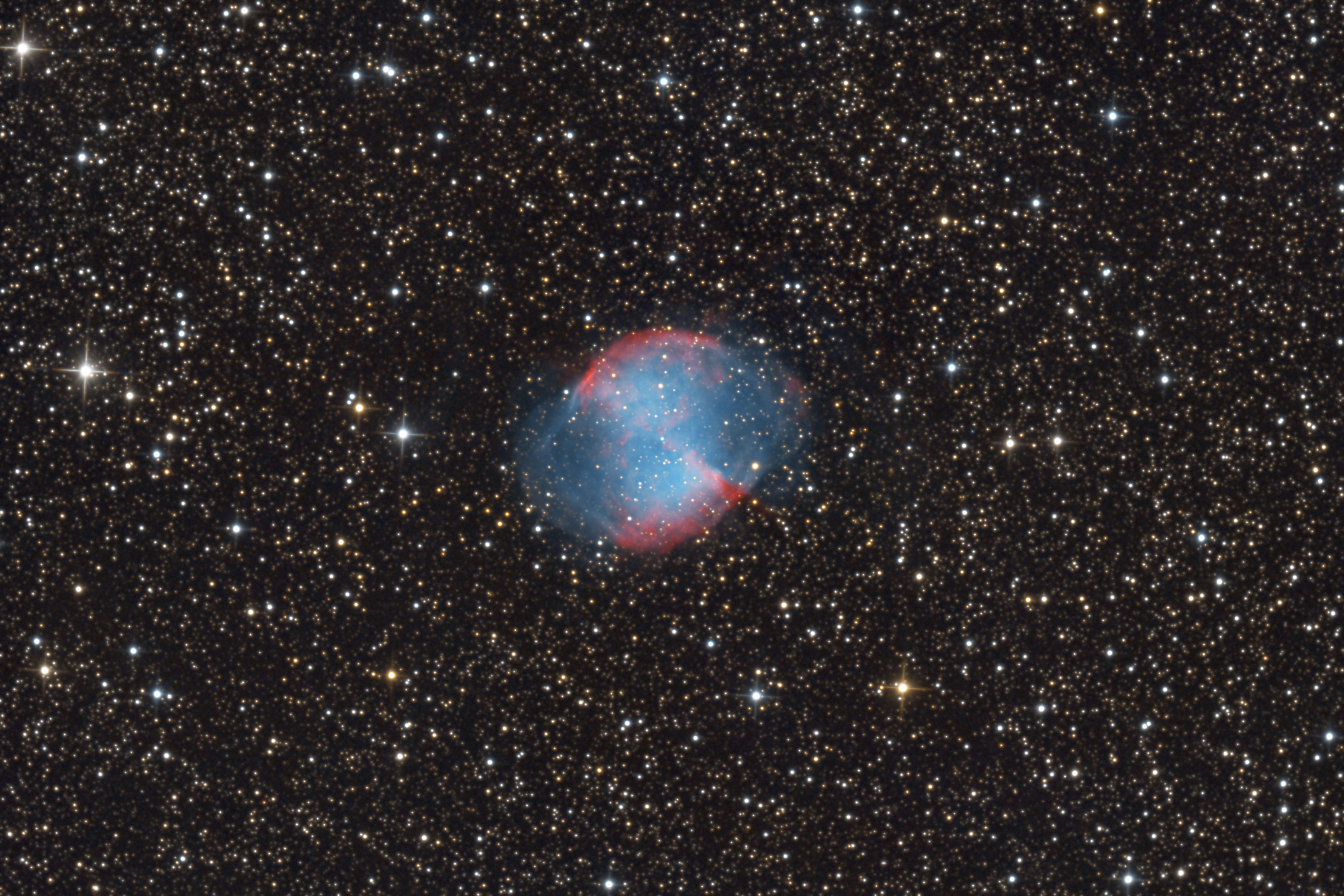 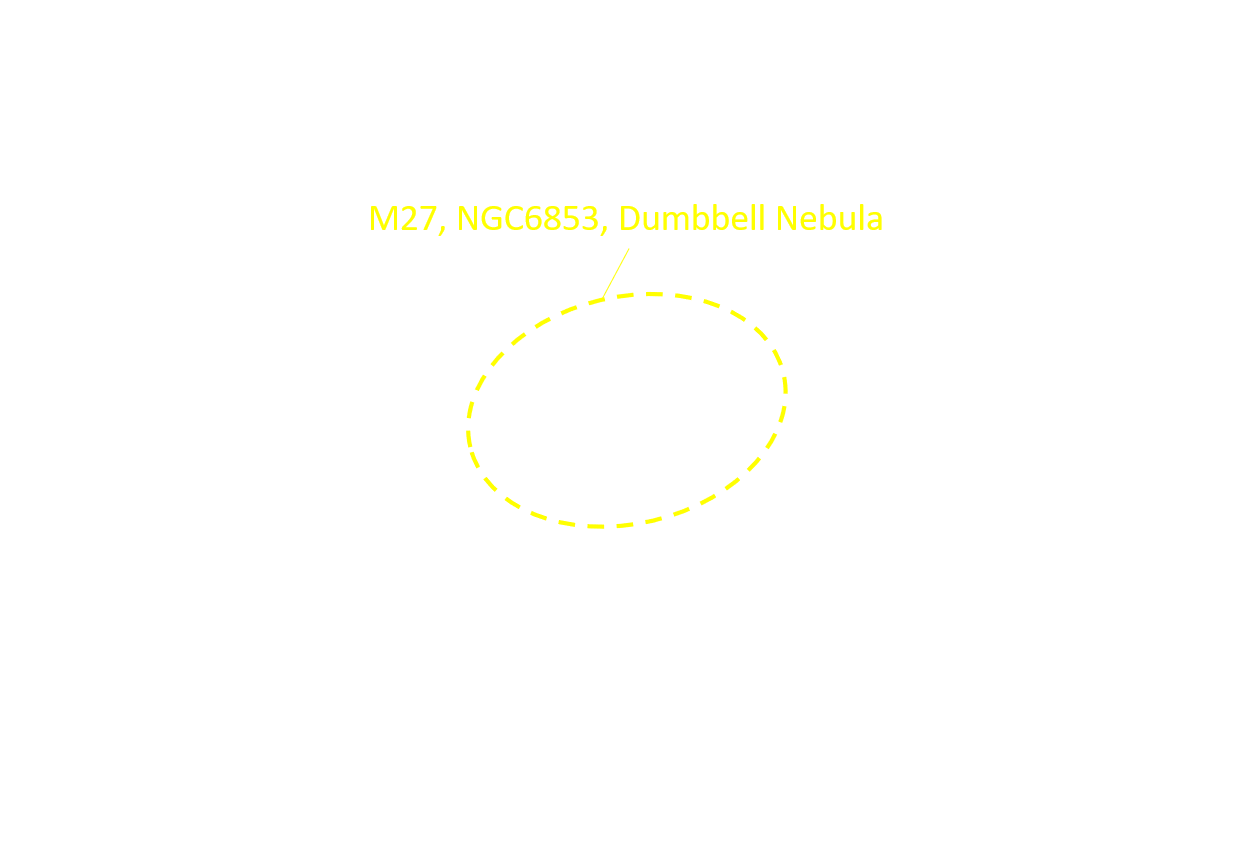 The Dumbbell Nebula (M27 or NGC 6853) is a typical planetary nebula and is located in the constellation Vulpecula (The Fox). The distance is rather uncertain, but is believed to be around 1,200 light-years. It was first described by the French astronomer and comet hunter Charles Messier who found it in 1764 and included it as no. 27 in his famous list of extended sky objects. It was the first planetary nebula ever discovered.

The Dumbbell Nebula is a typical planetary nebulae, formed by a central star that illuminates its expanding shell of gas, expelled by the star after it had used up all of its nuclear fuel. The central white dwarf in M27 is just the core left from the original star and it is extremely hot. Planetary nebulae are the final stage of stellar evolution. This will be the fate of our Sun in roughly five billion years.