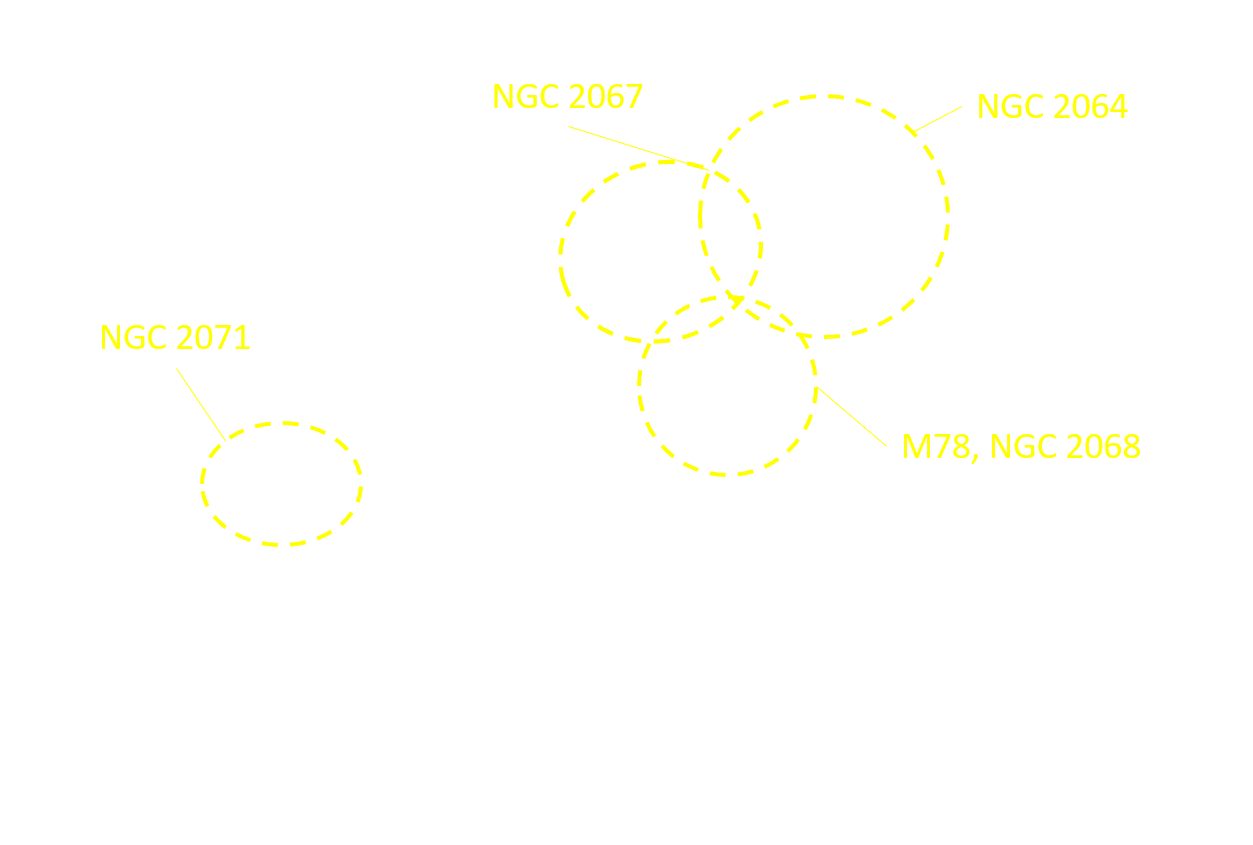 Discovered 1780 by Pierre Méchain, Messier 78 (nickname Casper the friendly Ghost, NGC 2068) is the brightest diffuse reflection nebula in the sky, situated in the rich constellation Orion. This object was discovered by Pierre Méchain in early 1780. Charles Messier added it to his catalog on December 17, 1780.

M78 belongs to the Orion B molecular cloud complex, a group of nebulae that includes NGC 2064, NGC 2067 and NGC 2071. Finding M78 is as easy as locating Orion’s Belt. Simply identify Alnitak the easternmost of the trio and you’ll find it less than a thumb length north and less than two finger widths east. However, seeing M78 isn’t as easy as finding it, because it has a fairly low visual brightness and isn’t particularly large. It appears like a bright, hazy patch in the night sky. You’ll need a dark night and good seeing conditions.

As a reflection nebula, M78 is a cloud of interstellar dust which shines in the reflected and scattered light of bright blue (early B-type) stars. The distance of the M78 region was measured and estimated by various authors to coincide well with that of M42 and M43. All are about 1,350 light years (according to other sources 1,600 light years) distant form Earth.