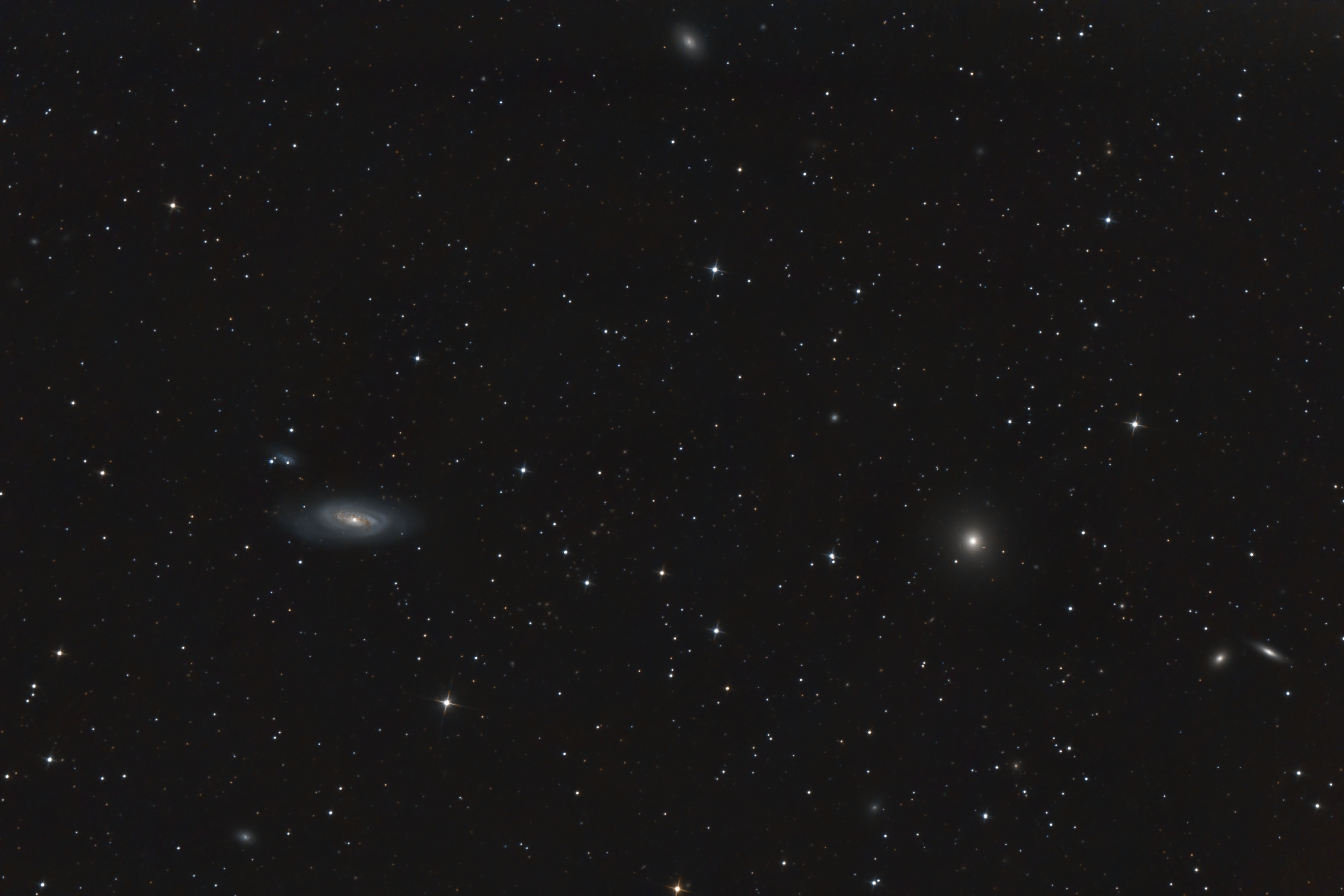 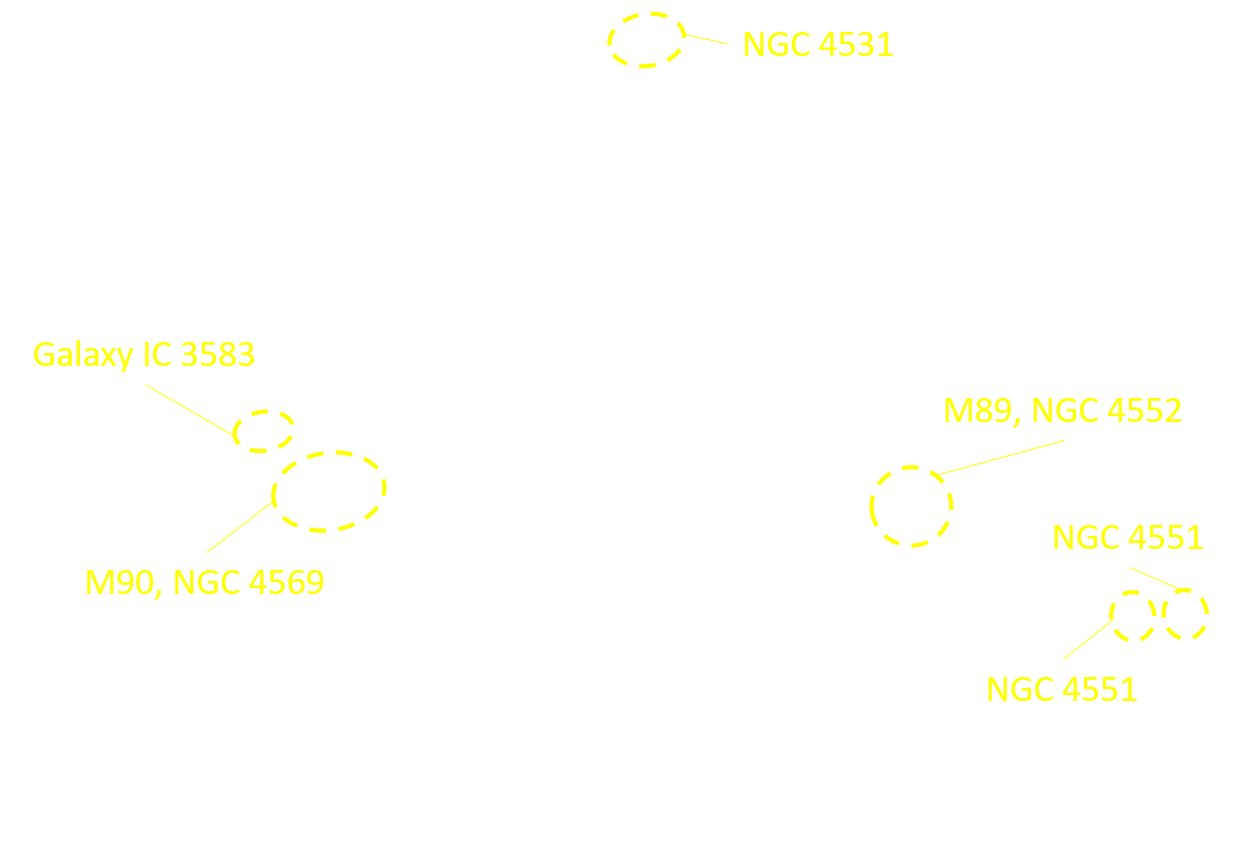 M90 is a bright, beautiful spiral galaxy approximately 59 million light-years away from Earth. M90 is believed to be breaking away from the rest of the galaxies in the Virgo cluster and is one of the few galaxies traveling toward our Milky Way galaxy, not away. M90 contains approximately a trillion stars and a thousand globular clusters. With the exception of the inner disk region, the galaxy’s arms contain very little star formation.

The galaxy M89 is almost exactly circular and is located about 50 million light-years away. M89 contains approximately 100 billion stars and well over 2,000 globular clusters. It was the first galaxy discovered to have an extended envelope, which means that it has a larger region of light surrounding it than other elliptical galaxies, most likely because of its high number of stars and globular clusters. At the center of M89 is a supermassive black hole estimated to have one billion times the mass of our Sun. (Text adapted form NASA Hubble's Messier Catalog)

"The best time to view the Virgo cluster is in May."