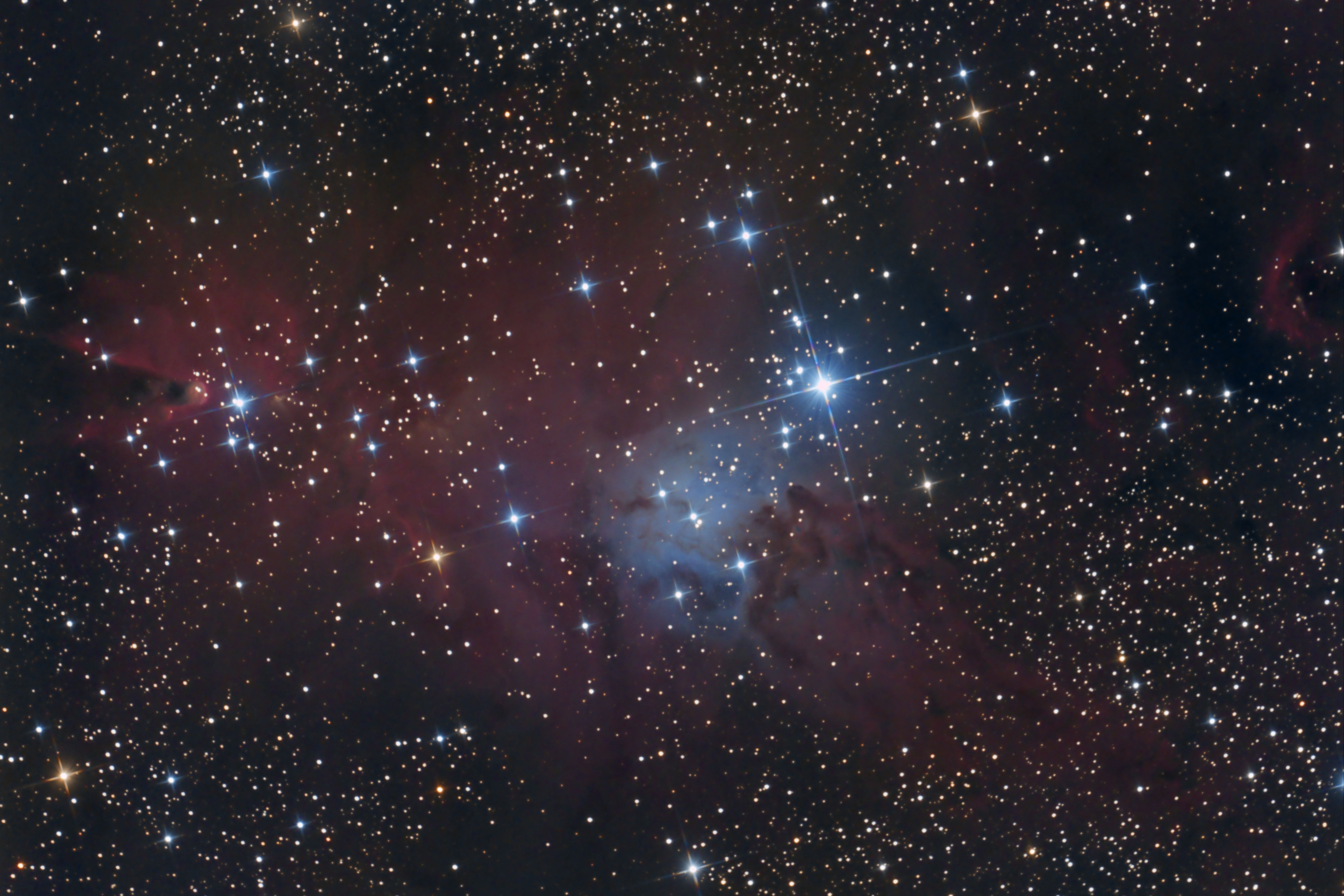 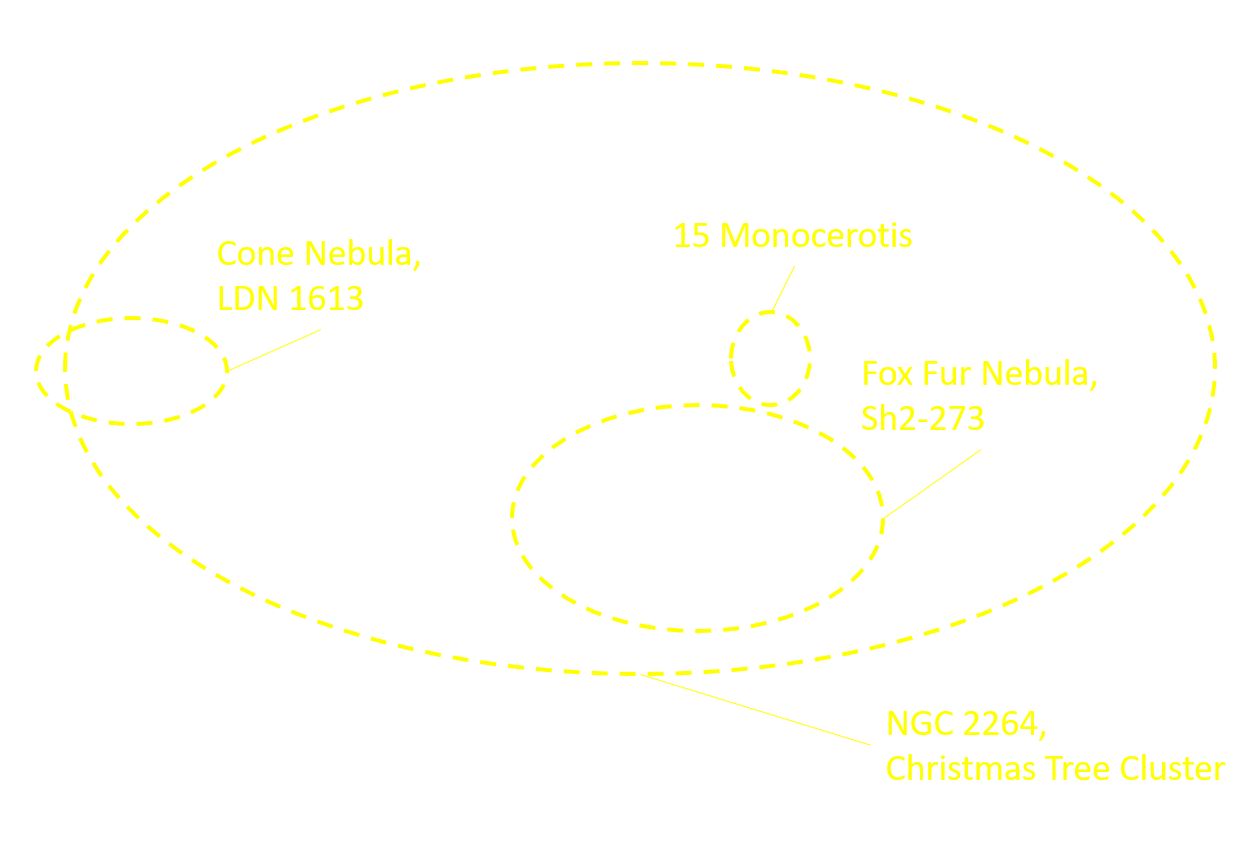 NGC 2264 region is also referred to as the Christmas Tree Cluster, the Cone Nebula and the Fox Fur Nebula. The objects are located in the constellation of Monoceros not far off the left arm of Orion and are about 800 parsecs or 2600 light-years away from Earth. The Monoceros is a faint constellation and is visible by the naked eye only during good seeing conditions due to its lack of colossal stars.

The Christmas Tree star formation consists of young stars obscured by heavy layers of dust clouds. These dust clouds, along with hydrogen and helium are producing luminous new stars. The combination of dense clouds and an array of colors creates a color map filled with varying wavelengths. As seen in the photograph, we are able to differentiate between young, red stars and older blue stars.

The texture and colour of the Fox Fur Nebula resemble the head of a red fox stole. The nebula contains enormous quantities of interstellar dust and gas, which are illuminated by the massive young stars that are being formed within the nebula’s thick clouds. The nebula’s red glow is a result of hydrogen gas being stimulated to emit its own light by the strong ultraviolet radiation from the massive, young, hot blue stars in the cluster. The nebula’s blue areas are composed mainly of clouds of dust that reflect the blue light of the young stars.

"The Ghost of Christmas."