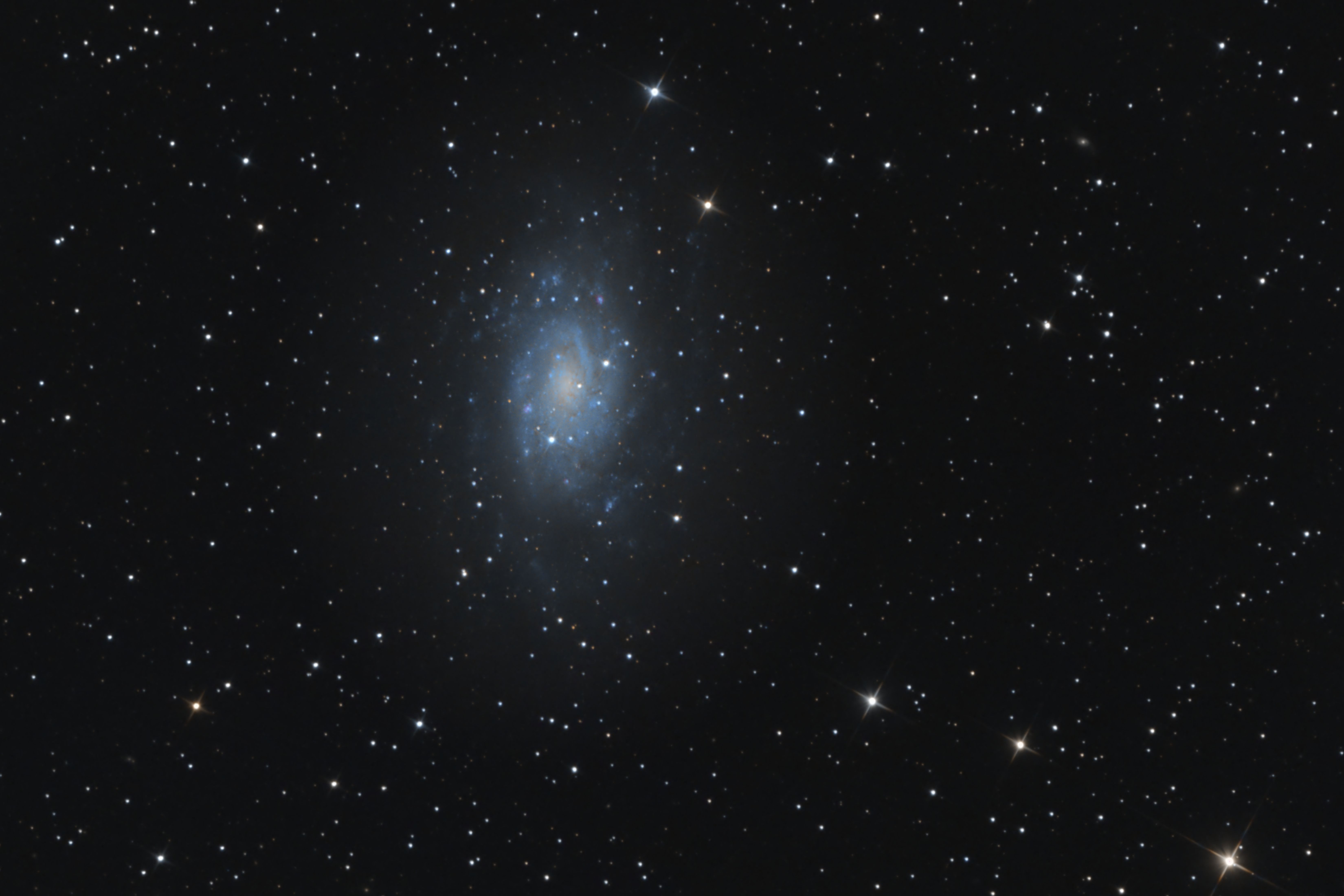 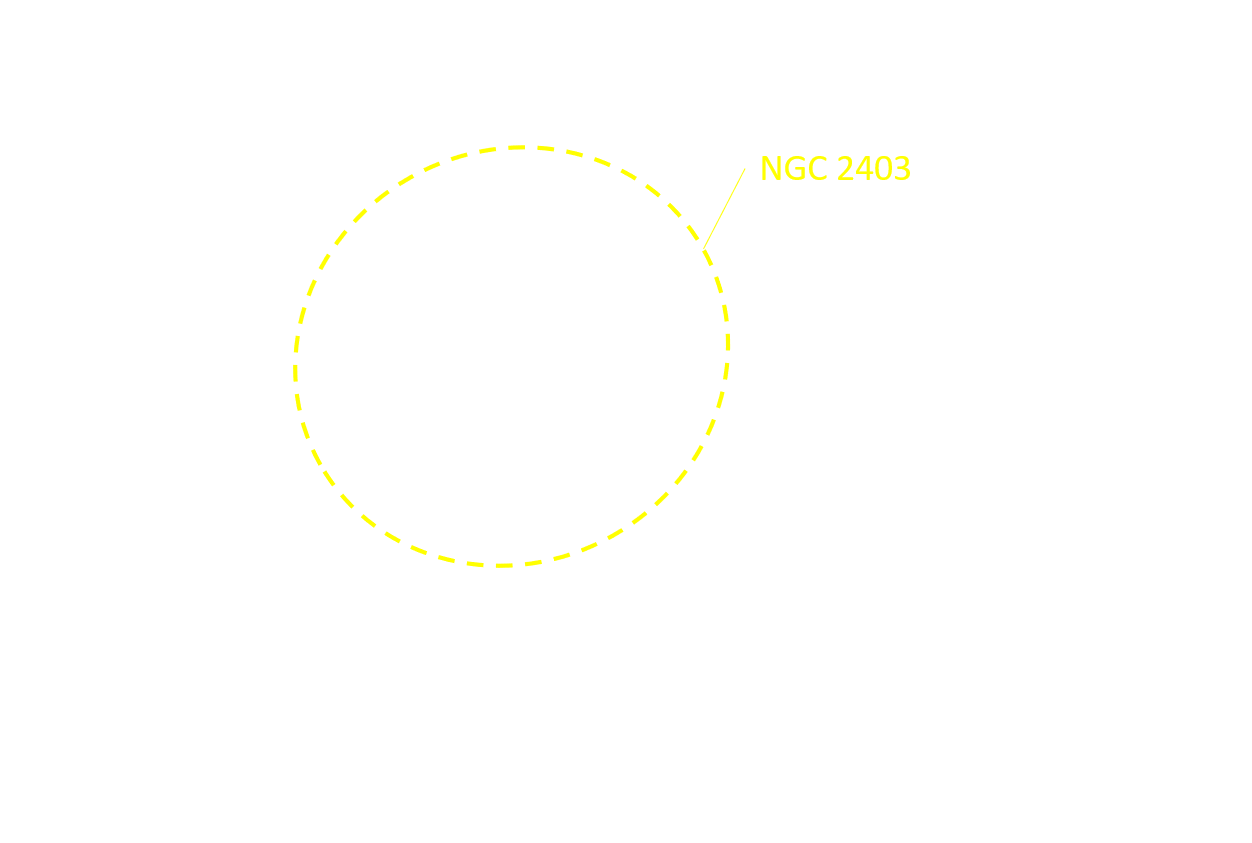 NGC 2403 is an intermediate spiral galaxy in the constellation Camelopardalis. It is an outlying member of the M81 Group, approximately 8 million light-years distant from Earth and about 50,000 light-years across. The spiral galaxy contains huge star-forming HII regions, characterized by the telltale reddish glow of atomic hydrogen gas. The giant HII regions are energized by clusters of hot, massive stars that explode as bright supernovae at the end of their short and furious lives. NGC 2403 closely resembles another galaxy with an abundance of star forming regions that lies within our own local galaxy group, M33.